«...They added a few Russian folk tunes to the contemporary jazz-rock blend and had the crowd on their feet, with non-stop fireworks, jaw-dropping virtuosity and riveting interplay. 'Nebylitsa', named after an out-of-control Russian fairytale, opened with a dizzying, cross-handed piano intro from Lebedev who kickstarted an algorithmic, math-rock groove. There were growling bass pedals, muscular wallops, folky asides and moments of pulsing ambience. «No Tears» was an emotive ballad with a sweeping dynamic range and «Plyasovaya», based on a traditional Russian dancing song, was sparkling, with Kravtsov and Revnyuk at full tilt leading fiendish switches of meter before a closing piano accordion feature for Lebedev. All three men have played with some big names (Lebedev's CV includes Jack DeJohnette, Marcus Miller and Terri Lyne Carrington), but they're relatively unknown as a trio...» 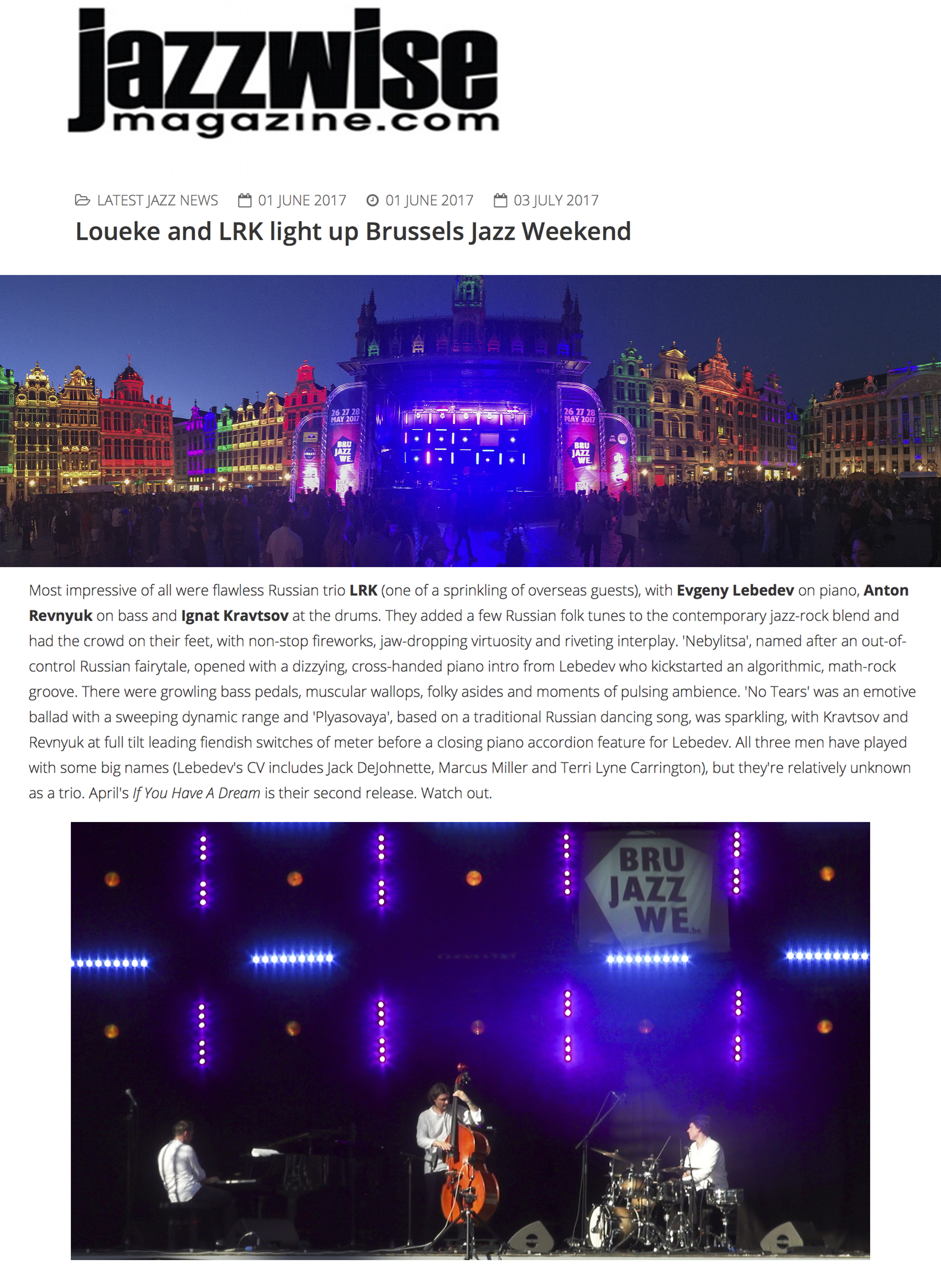